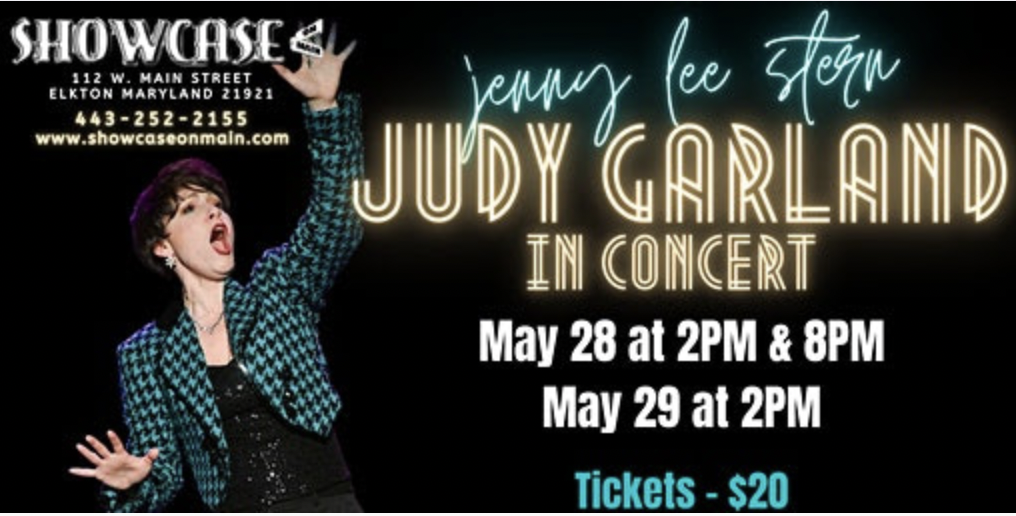 Don’t miss this amazing concert by Jenny Lee Stern – Judy Garland: In Concert.  Let’s  take a trip back in time an enjoy an intimate concert with Judy Garland starring Jenny Lee Stern. We will travel through Judy’s repertoire from The Trolley Song to Get Happy – and of course, everyone’s favorite Over The Rainbow! This is a concert that should not be missed!

JENNY LEE STERN is a Bucks County native and Broadway veteran. She was seen on the Great White Way in Rocky (Original Broadway Cast) and A Christmas Story (Madison Square Garden). She toured the country as “Mary Delgado” in Jersey Boys, originating the role in the Chicago and Toronto companies. Off-Broadway, Ms. Stern garnered critical acclaim for her portrayals of Judy Garland, Patti Lupone, Bernadette Peters, Sutton Foster (and more!) in Forbidden Broadway: Alive & Kicking. She regularly cameoed as the “Guest Diva” in Forbidden Broadway’s latest installment, Spamilton: An American Parody.

Get your tickets soon because space is limited.