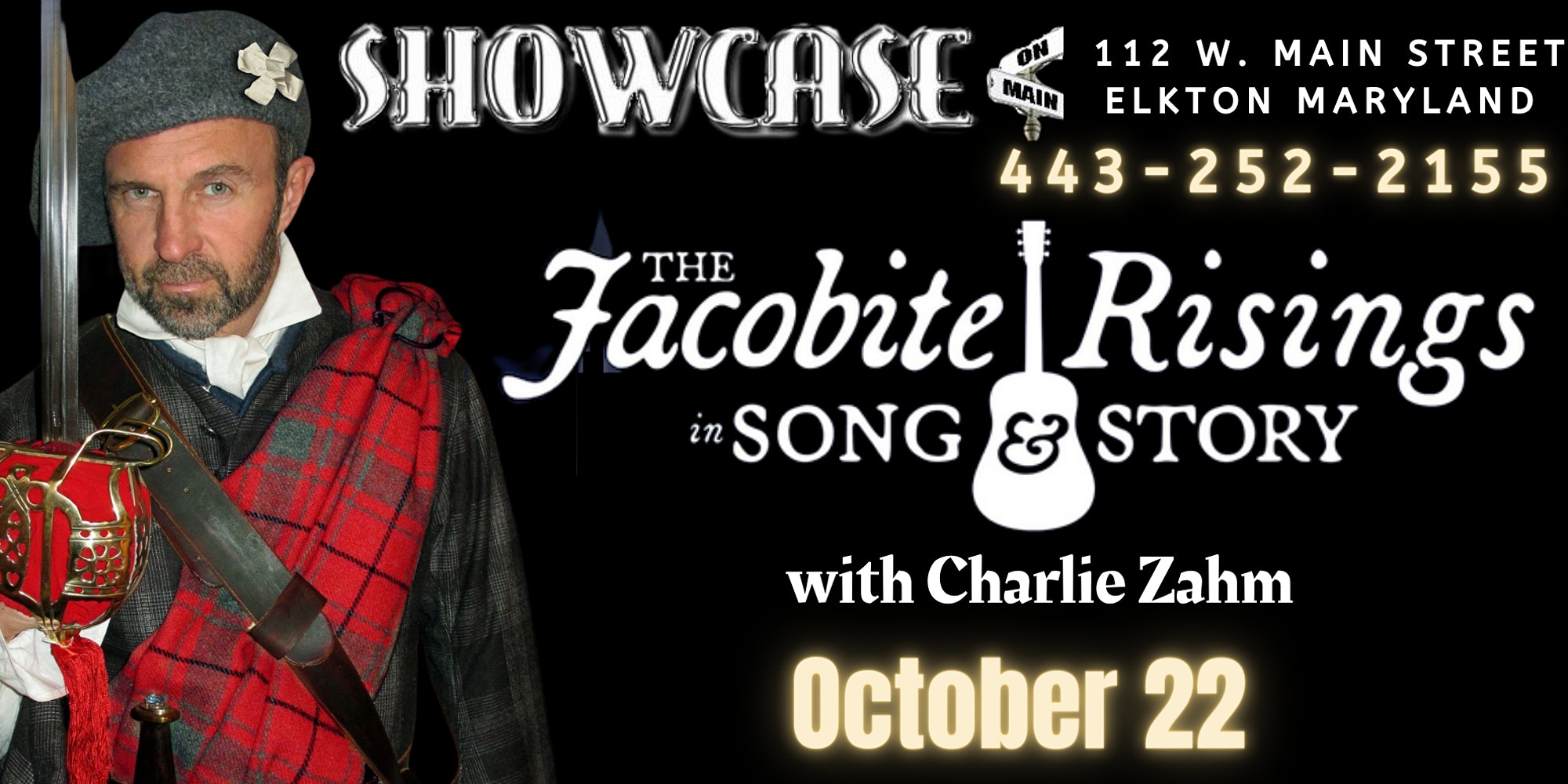 October 22 at Showcase on Main in Downtown Elkton

“I will share the fate o’ my Prince, and so shall every man over whom God and Nature has given me power!”

So proclaimed the gallant Lochiel as he brought his 900 Cameron Highlanders into the service of Bonnie Prince Charlie at Glenfinnan at the head of Loch Shiel in August 1745. Forming the nucleus of Charlie’s army, the Camerons (whose battle cry was “Sons of hounds, come hither and eat flesh!”) were followed closely that morning by the Keppoch MacDonalds . . . and the Rising of ’45 was on!

Sit back and enjoy the Jacobite experience, which actually begins with the abdication of James II and the invasion of the Dutch Prince William of Orange in 1688, and hear the spirited songs which help to illustrate the period of the exiled Stuarts and the many attempts by the loyal Highlanders to help them regain their throne. After “the Forty-Five”, life in the Highlands changed, and changed utterly the landscape created by the government destruction on all things Highland is still visible to this very day. It is a story that has to be told, and Charlie Zahm will tell it like no other.