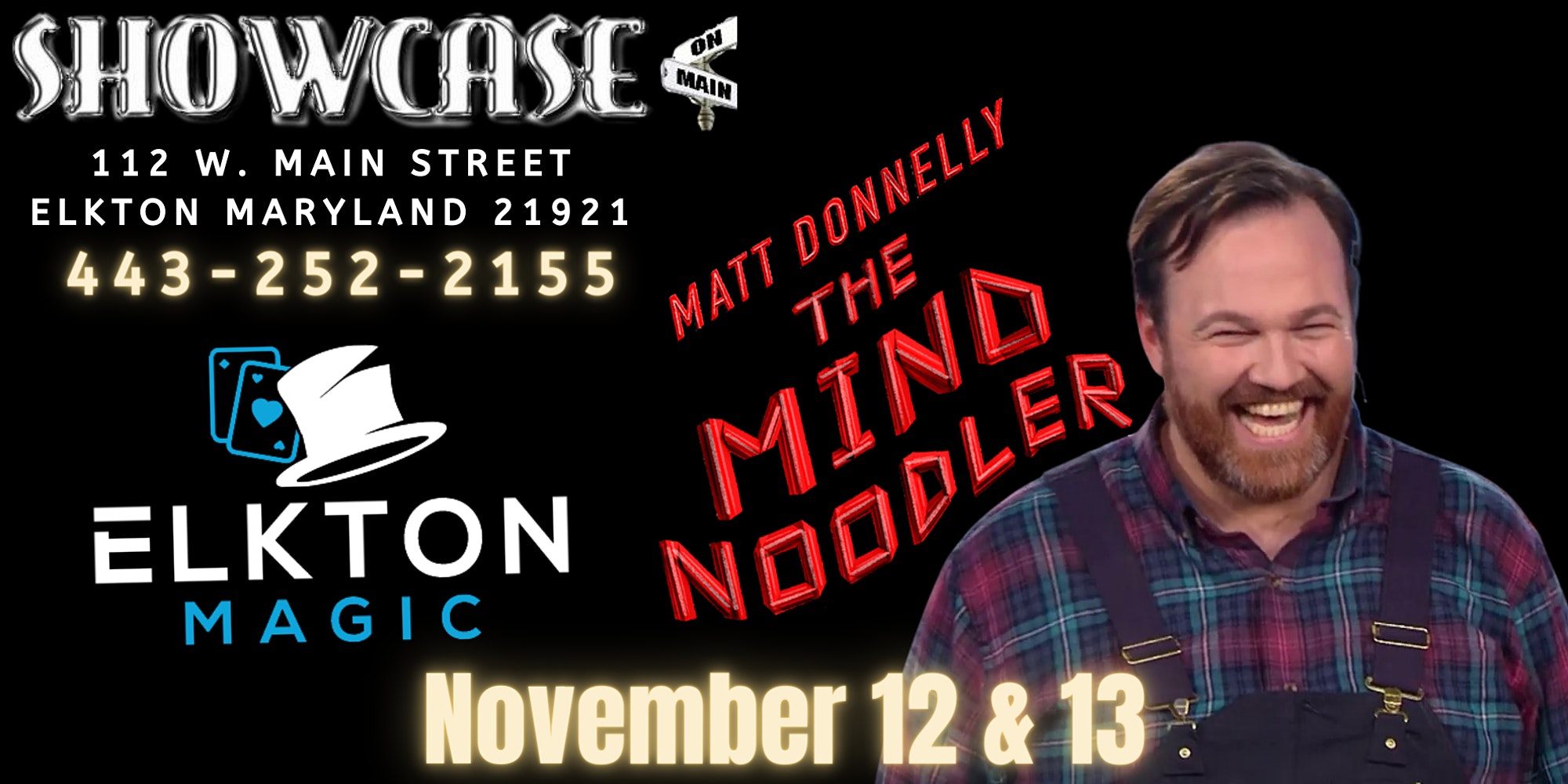 Nov 12 at Showcase on Main in Downtown Elkton

See the side splitting, jaw dropping magic of Matt Donnelly: The Mind Noodler. This amazing show originated from a dare by Penn Jillette and quickly found tremendous success touring comedy clubs and theaters across the country. Each magic trick in the show was specifically taught by one of the all-time greats of the Las Vegas magic community including, Penn & Teller. Matt Donnelly is currently the Head Writer/Producer for “Penn & Teller: Fool Us”, CW’s all time highest rated television show ever.

Long before he ever performed a trick, Matt crushed the Las Vegas comedy world, where he was awarded “Best Comedian”, “Best Comedy Show”, “Best Comedy Podcast”. He played the Las Vegas strip performing alongside Wayne Brady in his smash-hit improv comedy show “Making It Up” at the Venetian, he played Christian Grey in the ridiculously funny “50 Shades the Parody” at Bally’s, nd he hosted the innovative and hilarious show, “Executive Monkeys” at The Palms. Matt Donnelly: The Mind Noodler has opened for Piff The Magic Dragon (of America’s Got Talent) and performed for Mac King at Harrah’s as well as countless corporate and private parties.

As The Mind Noodler, Donnelly provides unforgettable event entertainment at special events and venues anywhere he is needed. Are you looking for a high-energy improv comedy master and practiced magician to entertain at a banquet, conference, staff holiday party, festival, corporate event, or club? Matt Donnelly: The Mind Noodler’s comedy magic will provide incredible entertainment.