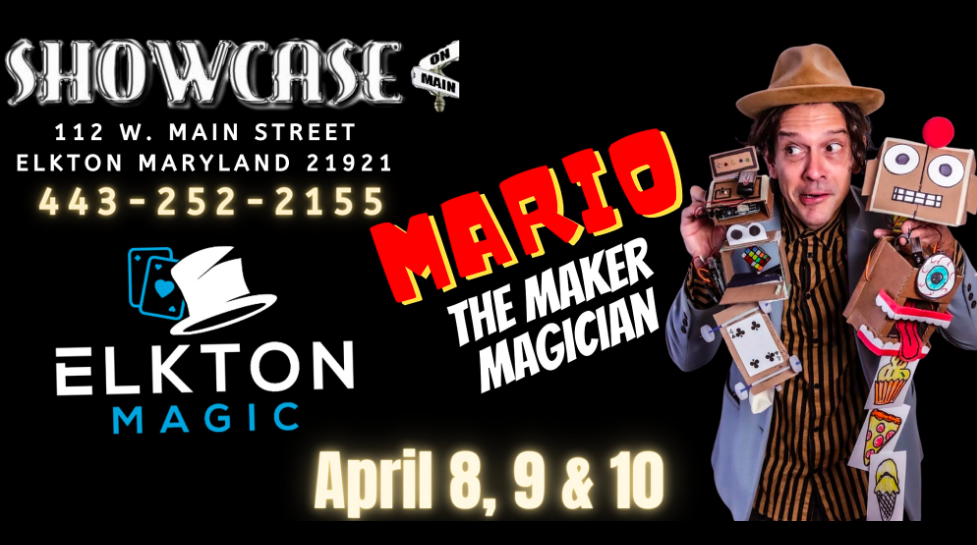 Mario “the Maker Magician” is a touring family performer, author, and creator who is “the best kids magician in the world!!”
Mario “the Maker Magician” Marchese is a NY-based touring family performer, author, and creator who has appeared on Sesame Street, NBC’s Universal kids, HGTV, and live on tour with David Blaine, who calls him “the best kids magician in the world!!” Mario’s 2020 lecture for magicians earned him the esteemed penguin magic lecture of the year award, and his ever-endearing robotic magic social media sensation, automabot, is definitely trying to take over his job and has already made his own appearances on TV in the US and Japan!
It’s a family business, through and through! The “Mario the Maker Magician” brand is a collaborative effort between Mario, his wife, Katie, and their two children, Gigi and Bear (the real bosses.) They tour together, invent together, and dream together, always.