Showcase on Main – A Dream Realized

You are here:
Business Spotlight 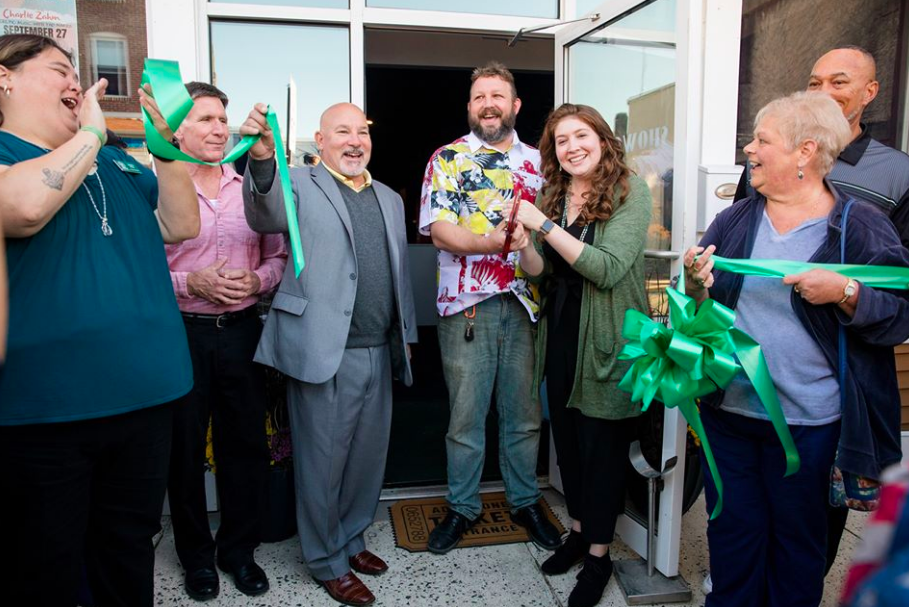 Dream (noun) – A sequence of imaginative thoughts indulged in while awake; daydream; fantasy

A dream coming true typically only happens in fairy tales.  But sometimes, if you do more than wish for a dream to come to fruition, if you really put your all into that aspiration, including your literal blood, sweat and tears, that castle in the air can become a reality.  This was the case for our local bartender and all around theatre guru, Mr. Lee Lewis.  Lee aspired to one day own and manage a theatre he could call his own.  The dream began many years ago when he started participating in theatre productions when he was in eighth grade.  He’ll tell you after he got a taste of live theatre he never looked back. Following that eighth grade introduction Lee began working in theatre productions in Baltimore, eventually making his way to Cecil County in 2007, where he started directing, producing and starring in productions.  His Jean Valjean from the timeless musical Les Miserables is this authors personal favorite.  Lee spent several years working his way throughout Baltimore, Cecil and New Castle County, but it was always a dream of his to have his own space to host quality live entertainment.  He looked forward to the day he could create a  theatre experience in a venue of his own making to help others achieve their passion of performing for an enthusiastic audience.

During a chat with Elkton Mayor Rob Alt, while tending bar Lee shared his ambition to open a performance venue but he wasn’t quite sure where.   Mayor Alt walked him out the front door of the bar and pointed to the building directly across the street and said ‘How about that one?’ to which Lee replied, “That one’s perfect!”

But how do you give your dream a name?  When asked how he determined the title for his exciting new venture Lee replied, “When we were originally talking about names we kept going back and forth and were very focused on theatre, and I said “But I want to be able to showcase ALL of the arts downtown!” And my fiancé Christy Wyatt said “well, there you go ‘Showcase on Main!’ That’s when the GoFundMe got started to help raise money for the project.  When he first set up shop in the space on Main Street, Lee said it needed a LOT of tender loving care.  There were starts and stop along the way which turned into a 3 year process to realizing his dream.  At one point flood waters rose and a massive clean-up campaign took place with friends, family and supporters of the theatre.  The project was definitely a labor of love supported by a community excited to see a performance venue on Main Street. But would you give your left thumb to realize a dream?  The Grand Opening for Showcase on Main took place on a warm fall evening during Elkton’s First Friday Art Loop on October 4, 2019.  Just two weeks later Lee would sacrifice his left thumb to the theatre.  We weren’t kidding when we talked about literal blood, sweat and tears!  Rushing to finish the final details for the set of ‘ART’ which was opening later that night, Lee had a mishap with a power saw, sending him to the hospital for several days and involving extensive surgery.  What would happen in a few short days is a true testament to the family like attitude of the Elkton merchants and the community as a whole. Several businesses came together to donate goods and services for a raffle in Lee’s honor to raise money for his medical expenses.  Imagine that!  The man had scarcely gotten up and running and already a community of people rallied to help. But we’re not surprised.  That’s Elkton in a nutshell, people matter, community matters and dreams really do come true!

Showcase on Main is located in the heart of downtown Elkton, Maryland at 112 W. Main Street.  The 4,000 sq. ft. venue seats 75 patrons and featured it’s first sold out show during the month of February, with the production of ‘Steel Magnolias.’